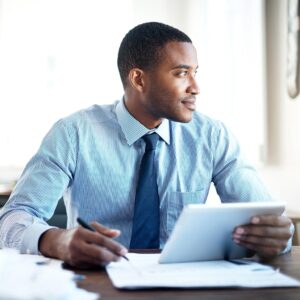 On the 9th of October IBM Notes 10 will be released and with this version IBM will revolutionise the use of mobile units in companies.

IBM Notes has always been characterised by security and stability. The platform is also known to grant users the possibility to quickly create a Notes application, that does precisely what they need.

The new version will contain many new features. One of the biggest new initiatives is to release a Notes client for iPad.

With Notes 10 you can develop and push an application to mobile units in one day.

With apps for mobile devices IBM is taking a quantum leap forward, so companies that use IBM Notes, in a very short amount of time can make it’s own application and push them to employees’ mobile units.
At the same time, companies can take advantage of the platform’s very high security and replication technology, which has been one of the best in the market since the platform was released.

The #Domino2025 roadmap which is IBM and HCL’s plan for the Notes platform, will follow the thesis that it should be as easy as possible for ordinary people to make applications. Future development goes more towards drag-and-drop of components when developing a new application.

With the combination of simplicity for users to create new applications and the new mobile device client, the platform now becomes one of the fastest solutions for creating secure applications for companies.

How IBM Notes for iPad works 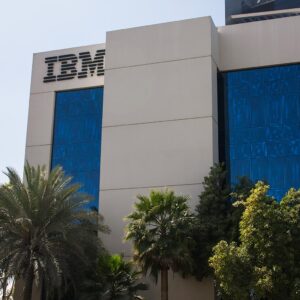 The client is based on the IBM Notes basic client and functions with all existing databases on its platform.

Just like on the thick client, you can also download databases to store offline on the iPad version. Here it is just the amount of storage space on your iPad that limits how much you can have stored.

As with the client, access takes place via the user ID that is a hallmark of the Notes platform. This user ID provides high encryption and ensures that unauthorized users can not access data. With the well-known replication, a database can also be used offline. It could, for example, be on a flight or at a location where there is no internet available.

Whether you can log in with fingerprint is currently unknown. Reports from IBM suggests that it is probably not included in the first release.

although databases will work directly “out of the box” for mobile units, texts might appear small, if for example you use font sizes in 9 px. The Notes Designer in version 10 will give you the possibility to control in design elements should appear on mobile units or not. This will provide the possibility of creating one design for the client and a more touch friendly design for the mobile client.
.

Android users also have something to look forward to

IBM has chosen to make the client for iPad first. This is due to the fact that it’s much easier to port to iOS than to Android. In the Android version of IBM Notes, according to IBM, many more things need to be customised.

One of the limitations in the iPad version is that you can not run Java. If this restriction also applies to Android, although this basically is is java, is not known. However, this will not prevent the java code from running on the server itself, but only in the client..

Notes 11 is already in the making

When speaking with people in IBM, that are close to the development, is it clear that they want to strengthen the platform considerably. It is therefor also interesting, that we are told that the planning of Notes version 11 is already in the making.

The development is driving towards give ordinary users the possibility to create application simply and easily. There is also work on making the Domino environment more self-managing. According to people in IBM the long term goal is that the platform should be able to maintain itself.

What can we help you with?

Gravgaard & Co is a modern IT consulting firm founded by software developer and IBM/Lotus Notes specialist, Christian Gravgaard. Gravgaard & Co works with IBM Notes/Domino, Microsoft, Office 365 and C#/.net development. We are experts in custom designed IT solutions for both large and small companies.

We know from our own company, that IT is much more than “just” technology and endless rows of code. It is about behaviour and the people, who are going to use the programs in their daily lives.